In the latest Fire Drill podcast, Alan Shipnuck, Ryan French, and Michael Bamberger break down Collin Morikawa’s collapse at the Tournament of Champions, Alan gets some face time with PGA Tour Commissioner Jay Monahan, and Michael questions why top amateurs are getting Masters invitations without having to formally qualify.

Watch now on Youtube or Listen to this and other Fire Pit podcasts: 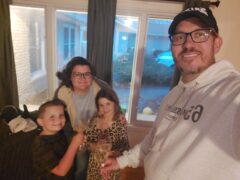